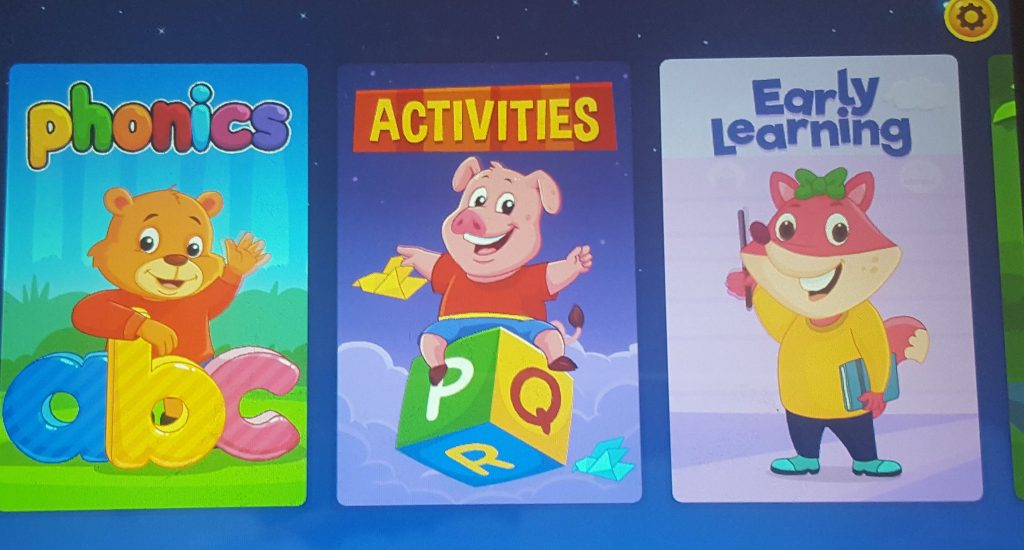 I have written about technology and Little Man before – about how I am one of those mums that easily gives in to the television/ phone/ kindle/ i-pad to keep my energetic son entertained. While I would like to believe otherwise, electronics are the best babysitters, especially for a Stay-At-Home-Mum who needs some downtime herself! I’m not saying I don’t feel guilty about it, and often wonder if I am allowing far too much screen-time (I know I am). But I feel a tad better when I know he is watching something from which he can expand his horizons and learn.

So when I was approached by Kidloland to review their app for toddlers and preschoolers, I accepted with a resounding YES! Because I had heard so much about this app from fellow mothers and something like this would be perfect for my preschooler – it can’t get better than edutainment at that age!

After using the app for over two weeks, I can affirm that it is indeed awesome. Little Man agrees. So it’s a win-win situation here – he is still getting the upper hand (or so he feels) and being allowed screen-time, and I am thrilled that he is learning to add, write and develop his cognitive abilities while doing so.

The app contains loads of stuff including educational games and activities, interactive stories, nursery rhymes, numbers, letters and more. In this review I will be focussing on the bits that are for a preschooler, since Little Man is four. But the app is for ages 0-5 so it is also a great introduction to screens for your little one.

For the 0-3 years age bracket, there are nursery rhymes and a wonderful playlist with songs on colours, shapes, vegetables, animal sounds, numbers, months of the year, Christmas carols and more.

The homepage of the app introduces you to all the topics at a glance. From learning the ABC to flash cards to phonics to interactive games and activities, there is enough to keep your pre-schooler both entertained and learning.

The Homepage is easy to manoeuvre, categorising everything in a simple, clear format

Little Man loves the Learn to Trace game – as do I. Getting him to sit still and practice his ABCs is a task, but he has no qualms about tracing the alphabets here. In fact, he even asks me to put on the “ABCD game” as he refers to it! Agree, it’s not the same as holding a pencil, but it helps reinforce the shapes of letters – the first step to writing. And, it’s in upper and lower case.

There is an entire section on phonics too – with a separate song for each alphabet.

Besides the basics of teaching phonics, there are also phonics-related games emphasising the letter and the sound. So the child has to put the grapes in the basket; the goat has to eat the grass, and the gorilla has to get to the bananas. The child is thus introduced to a number of words with g and its relating sound

The app has a lot of stuff to teach numbers and simple Math. Besides tracing numbers, there is the Chomping Math game that teaches numbers and counting in innovative, fun ways such as feeding x amount of apples to the monster, colouring in the said number, tapping certain numbers and so forth.

How many more will you need to balance the see-saw?

What I like is that all the games have an educational element to them, and aren’t just mindless like video games. The games are also categorised according to Colours and Shapes, Vehicles, Fruits and Vegetables, Animals, Music, Math and Alphabets and include flash cards, puzzles and join-the-dots. These are perfect to keep them entertained during long journeys or a boring wait at the dentist!

These are interactive activities that help develop cognitive skills and hand-eye coordination. Little minds can choose from a host of occupations, sports and places around us such as an airport, a bank or a bookstore.

These are another favourite with my son. The app tells a story, while involving you in carrying it forward. Brilliant – keeps them occupied and engaged.

Other aspects of the app that I like are:

a) All the songs in the games and videos are to the tune of familiar nursery rhymes, making it easier to learn and sing along.

b) Teaching through songs is a great way to make things stick in a toddler/ preschooler’s head. The app has loads of original educational songs for teaching Days of the Week, Months of the Year, the Universe and much more.

c) The animations and characters are of a superior quality and the app as a whole is extremely interactive. It really does pull you in…

d) Easy to use and relatively child-friendly – the backwards and forwards arrows allow those little fingers to manoeuvre the app on their own.

All in all, I am extremely pleased with this app and now breathe a sigh of relief when it’s ‘screen-time’ for Little Man – because I know he’s learning so much and enjoying it too!

Disclosure: I was given a free subscription to the Kidloland app in exchange for this review; all opinions expressed are entirely my own.

This is one of my favourite mum quotes and perfect

MOTIVATIONAL 'MUM'DAY Whenever you feel worthless