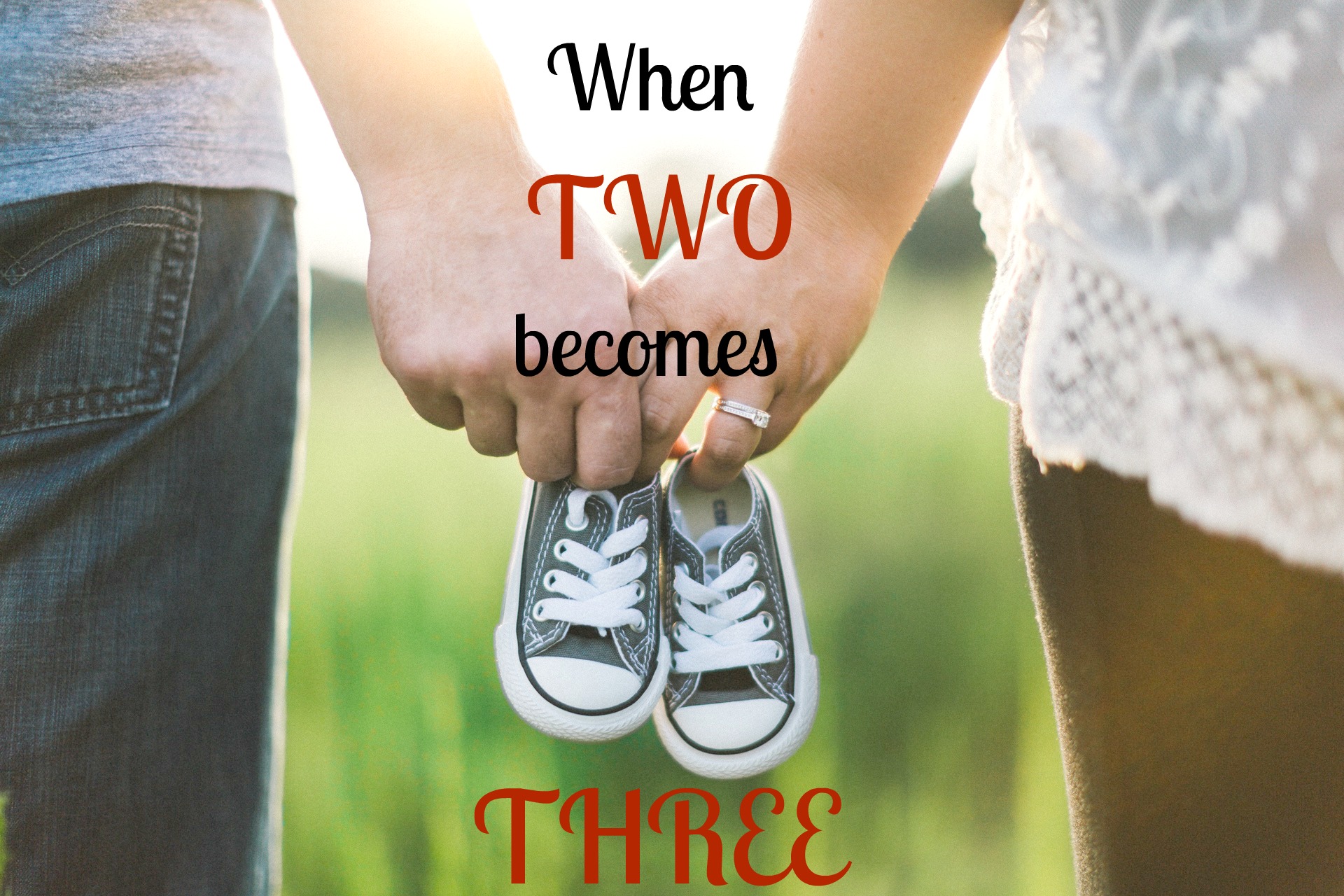 When you’re expecting, everyone and their best friend will tell you that your life will change. Forever. Of course for the better with that cute little chub, but there will also be a LOT that you will have to give up.

Like your sleep. Your privacy. Your me-time. Your social life-before-baby. The television, when the three-year-old takes over.

You will be warned about this, that and the other. You will never lose all of your baby weight. Or all the stretch marks. A full night’s sleep?! Ha! Not for the next five years at least…

Others will harp on about the fact that you will know a love that surpasses all kinds of love you’ve felt before. You will willingly sacrifice EVERYTHING – your job, your sleep, that last piece of chocolate – for your child.

No-one will ever tell you how your relationship will change when two becomes three. The strain it will go through. The counter-effect that little being will have on your marriage.

Because, in simple words, it’s all so overwhelming. You think it will be easy – I mean how difficult can it be to look after something that’s so small? It’s just an endless, mind-numbing cycle of feeding, changing nappies and putting baby to sleep, isn’t it? But therein lies the irony. It’s because they are so small and so delicate that you need to take SO MUCH CARE. 24/7. And as much as you would like to believe that all newborn babies do is sleep, sleep and sleep, you’re in for a rude shock when that baby takes forever to sleep, and finally only does so when being rocked or when on your shoulder. Every night. Every nap. For six months.

Add to that the fact that you are sleep-deprived. We’re not talking one hungover night or two late nights in a row. We’re talking continuous night-wakings and interrupted sleep for approximately the first year of your baby’s life. That’s 365 (at least) bad nights back-to-back. Sleep-deprivation is used as a form of torture for prisoners and criminals, so you know it’s serious stuff.

That serious amount of lack of sleep itself can make you grumpy. But you can’t afford to be in a frump all day because you have a precious little baby to look after. So there’s minimal sleep plus fatigue plus looking after a newborn. With a smile and caffeinated energy. That sounds exhausting enough. Then there’s the usual housework for new mum and back-to-work routine for new dad (or vice-versa if there are role reversals at play). There’s life. Which leaves you with no time, no energy and no willpower for your relationship.

And when you do get some time from this overwhelmed/ beyond-exhausted state you are in, all you want to do is sleep, see mindless television, or see what other cool people who still have a life are up to through Facebook. You want to eat chocolate and other carbs. You want to drink wine, then remember you are breastfeeding, but drink some anyway. Sometimes, yes sometimes, you sit and watch mindless television with your better half until one or both of you fall asleep on the couch.

Sex happens. Sometimes. Ok, let’s be honest. Less than sometimes. You can count the number of times you and your spouse were intimate since the birth of your baby. Don’t be ashamed/ alarmed if that number doesn’t proceed to your second hand. First and foremost, you are EXHAUSTED.

Secondly, you are feeling very un-sexy since, well, you got pregnant. The pregnancy fat isn’t melting (could it be those chocolates and carbs every night?), the old clothes aren’t fitting, you hate how you look in lingerie, and honestly, you are much comfier in loose track pants at the moment. You mostly smell of spit-up and milk. Oh, and when was the last time you showered?

Thirdly, you are still a wee bit scared to do it after that watermelon of a baby made that blood-y exit. Things still hurt.

And last but not the least, your baby-then-toddler-then-three-year-old is in your bed (read my post 7 things you should know about co-sleeping), and wants to be nowhere except in the middle of you and your spouse! Bye-bye romance…

So, slowly, without you realising it, your relationship no more revolves around you and your spouse, but centres around your baby. You cease to be husband and wife and instead morph into Mum and Dad. Naps and feeding times take precedence over date-nights and movie nights. Romantic dinners turn into take-aways that are gulped down on the sofa, in turns. Weekend lie-ins become night-wakings. Yes, your friends warned you that life would swivel 360 degrees, but hey, NO-ONE told you what it would do to your relationship. No-one.

As baby becomes older, and a hazy-ish routine begins to fall into place, there is some time to breathe. Probably even steal a quiet dinner together. But no sooner do the Terrible Twos and Threenage years hit that sparks start to fly again. Not the sexual kind, but the ‘I want to bite your head off’ kind! When differences in disciplining methods and the quintessential ‘Good Cop, Bad Cop’ parenting dilemma arises, as you both cluelessly go about trying to discipline your child.

The stay-at-home parent (mum in most cases) gets the job done, be it finishing those veggies or brushing teeth. She shouts, she screams, she threatens but she gets shit done. That’s her way. After doing this day-in-and-day-out for three years, she knows what works. Agree it’s not the best way (hello again, wretched Momguilt!) but it GETS SHIT DONE!

The working parent (usually dad) takes a softer approach. Let them play one more game, eat one more cookie, go one night without brushing their teeth. Their reasoning: ‘I’ve not seen my baby all day’… Making already-frazzled stay-at-home parent reach boiling point. For changing the ‘rules’ and un-disciplining all the discipline. Argument. Fight. Bad moods.

It’s still ALL WORTH IT. Because these cracks are but temporary exhaustion-fuelled lines. Once the initial bridges have been crossed, and the first few years have passed by, some sort of normalcy will re-appear. Or you get comfortable with the new normal that the Three has brought to your previous lives of Two. There will still be differences of opinion and flaring tempers, family dinners will be more the McMeals kind than the romantic wine-n-dine kind, and your life will still revolve around your kid/s, but you will love it. And you will love how your life – and relationship – has changed when Two becomes Three…