The Magic of Christmas with The Snowman: Review 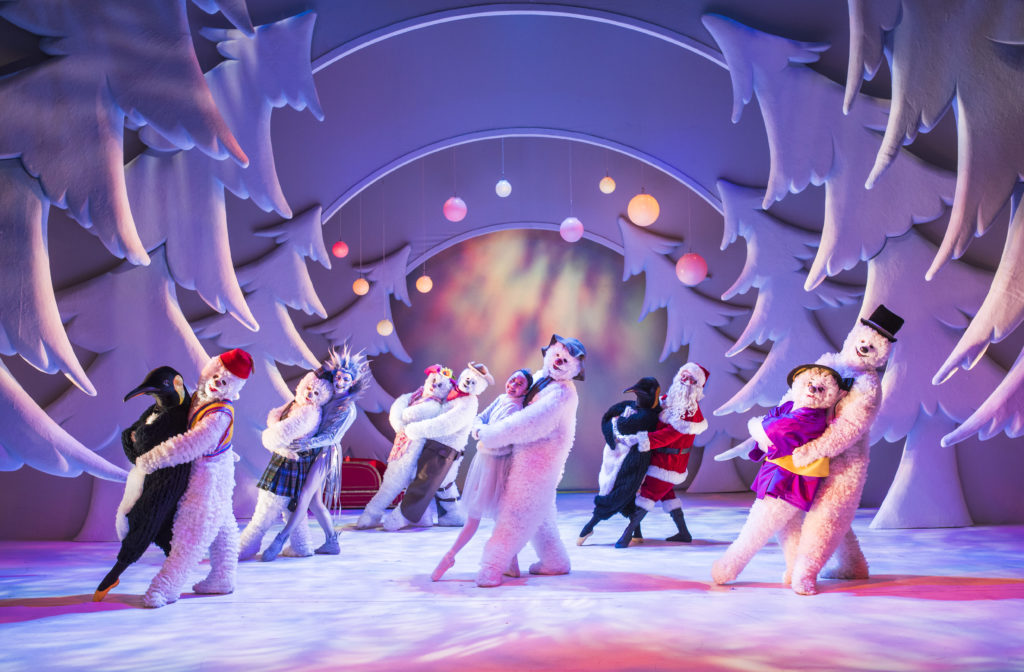 The spirit of Christmas is all over our house… well before December even started! Little Man couldn't wait any longer to put up the tree, so we were one of those families whose tree was up in the third week of November! Then he's been practising his lines for his Nativity. And I've been (not-so-secretly) listening to Christmas songs on Alexa!

So to add to the Christmas cheer, we went to see The Snowman over the weekend. I was kindly gifted tickets to review the show, and since Little Man is now old enough to experience theatre, we made it a family outing. And rightly so, for the Peacock Theatre in London (celebrating it's 21st season of the show) was brimming with children, proving that this show remains one of the festive staples of the family Christmas calendar.

Produced by the Birmingham Repertory Theatre, this enchanting stage adaptation of Raymond Briggs' book of the same name, shows the adventures of a little boy and his snowman who comes to life one night. As a heart-warming friendship is formed, the two go on a magical adventure through a winter wonderland, meeting Father Christmas and his reindeer, dancing penguins, Ice Princesses and even encountering the evil Jack Frost.

The sets and the costumes are spectacular, transporting children and adults alike into the enchanting imaginary world of the protagonists. And despite there being no words spoken, it is captivating and spell-binding from start to finish, even for little children. It is sheer theatrical magic, and that can be seen on their faces throughout the show.

With music and lyrics by Howard Blake, including the brilliant Walking in the Air, ace choreography by Robert North and directed by Bill Alexander, The Snowman has earned its place as a festive tradition of sorts, an exhilarating mix of spectacle, dance, live orchestral music, storytelling and magic. After all, where else can your child actually see a snowman and a little boy flying through the air…?

And when you're waiting in the snacks queue during the interval, and a little boy standing behind you asks his mother: "Can we build a snowman and see if he comes to life this year?", you know that the show truly encapsulates the 'Magic of Christmas'…

Disclosure: I was given tickets to the show for the purpose of this review; however, as always, opinions are entirely my own.

Childcare at your fingertips: Childcare.co.uk Review