Every mum has a few skeletons in her (baby/toddler) closet. The time she accidentally fed her baby normal milk instead of formula during a sleepy 3 am feed. Or put her anti-wrinkle under-eye gel in baby's mouth mistaking it for teething gel (in her defence, she was also in the midst of keeping her oldest toddler from making her younger toddler drink water from the toilet). Remember the one night you fell asleep while breastfeeding, only to startle awake and shit your pants at the thought of what could've happened. No, you never told anyone about these 'incidents'. Or maybe you did. Just your bff. Not your husband…

Ok, I'm guilty as charged as well. No, none of the above happened to me (although I once gave Little Man piping hot food without realising it, and felt terrible when he started shaking his head and rolling his eyes in utter shock) but that doesn't mean I'm a saint. Or a perfect mummy (if she exists). I too have my little 'confessions' to make and I'm going to just go ahead and say it… judge me if you wish but I'd rather you didn't. I, like all mums out there, am exhausted, pretty much sleep-deprived since two-and-a-half years and figuring out how to strike an amicable balance between complete insanity and normalcy.

1. Although I'm trying to stop the (now rare) middle-of-the-night milk feeds, I still give in to Little Man's demands sometimes. I KNOW he isn't hungry and I KNOW it's a bad habit that needs to be broken, but when he erupts into a screaming volcano demanding milk at an unearthly hour, and I'm bang in the middle of my REM stage of sleep, i give in. I regret it the morning after but I give in again that night.

2. Speaking of demands, my Little Man is addicted to his dummy. I've tried most of the tricks in the book, but somehow he's still not let go of it completely. While I daydream of the day I don't have to sterilize another pacifier, I also 'give in' more often than I would like. I'll be honest: it just makes life easier! In the supermarket, when out for dinner, when guests are over for dinner, during long journeys. It keeps him calm, reduces the whining and allows me to enjoy. (In my defence, I've also sat through tantrums on days/ times I've not given in. More power to me!). 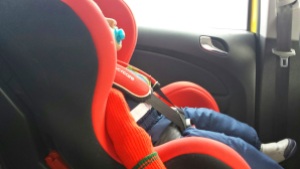 3. Little Man has always loved his cot and has slept in it for most part of the night. But the tables turned when he turned two and he is now a permanent inhabitant of our bed. I don't fight it anymore because, to be honest, we ALL get more sleep this way.

4 . I allow him to watch too much TV some days, but that's my survival tactic. And is a tried and tested one for a lot of (honest) mums out there. I need to get things done, and unless Thomas or Tayo or Woodie and Buzz keep him occupied, I simply can't.

5. This one I'm not so proud of, but when sleep is required, anything goes! On most weekends, if Little Man wakes up much before we want to, I give him my phone or the tablet and let him watch it in bed next to us while we steal another half hour of shut-eye. He's happy. We're fresher. Win-win situation. (And I know plenty of other mums who do the same so I'm not all that bad okay).

Confession: I allow Little Man to watch too much TV/spend too much time on the tablet. I call it a survival tactic

6. I know Little Man is well, little. A toddler in his Terrible Twos. I know he's going to challenge me, test my patience, drive me up the wall etc etc etc, but sometimes, I still lose my temper and shout at him. After which I feel horrible and cuddle and hug and kiss him, and after explaining to him why I shouted at him (hey, I'm still the boss), I tell him I'm sorry (ok, I guess he is the boss) and just to appease my conscience I make him tell me 'It's alright mummy'. Silly I know, but we mums are like that.

7. Ok, if you're into saving the environment, omit reading this point. I care for the environment and do my bit to save water/ electricity/ whatever else I can, but my weakness lies in the fact that I use far too many wetwipes for potty changes and other messy clean-ups. Let's just say I'm not too good with handling poop and puke! 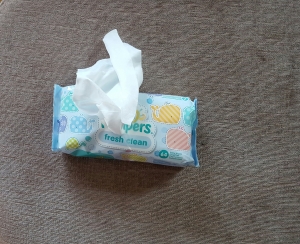 8. I love spending time with my son, playing cars with him, reading to him, making puzzles  for him, but I have to admit that sometimes, even playtime is exhausting. Fun for him but after 25 minutes of pretending to drive a tractor on a pretend farm with pretend animals, not so much fun for me. So I switch on the TV to keep him entertained and steal a few moments with my phone. Facebook and Twitter have more to offer me than tractor noises!

9. I sometimes don't take him to the park even if the sun is shining because I am TOO TIRED / in one of my lazy moods. I know he loves the slides and will enjoy, but I am in no position mentally or physically to get out of my PJS into something more respectable, put layers of winter wear on both of us, and run around with Little Man in the park. Today, I just feel like lounging at home so you are allowed to see an extra few episodes of Peppa Pig darling!

10. I lie to Little Man a lot, but it's the innocent white lies that make it easier for him to accept situations he doesn't like. I tell him his pacifier gets dirty during playtime and is clean only during sleep and naptime (dipping it in nasty smelling vinegar makes him believe me) or that all his toys and the television go to nursery when he does, so if he stays home he will have no toys to play with (makes drop-offs at nursery that much more easier).

11. And I'm a Mombie. The definition of that being: A mom who is beyond exhausted but stays up late anyhow since it's her only opportunity for kid-free time. (And blogging time!). I could have three, sometimes four hours of extra sleep every night if I went to bed at a respectable time or with Little Man, but it's just SOOO RELAXING to sit with a hot cuppa and your phone or your thoughts in the quiet of the night. Doing anything or nothing. 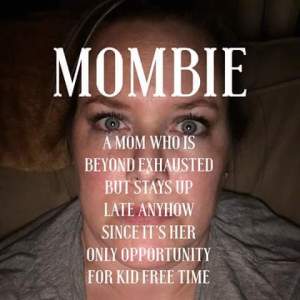 This quick, easy-to-make and absolutely delicious egg sandwich paste that my mother was famous for...

A side hustle like a blog is a fun way to express yourself and start...

Once you have kids, it's time to wave goodbye to your sleek two-seater or sports...

Sitting without support. Standing without a wobble. Walking. Talking. First day of school. These are...

It's trusted by over 2 million members – parents, childcare providers and private tutors for...

Former Lifestyle journalist, now a work-from-home mum blogger chronicling my experiences and unarticulated thoughts about motherhood, toddlerhood and family lifestyle in this blog.

I fancy the absurd, the unusual and the out-of-the-ordinary… as I pen my thoughts, I realise that motherhood is a little slice of each. So here I am, cracking the motherhood code, one day at a time…