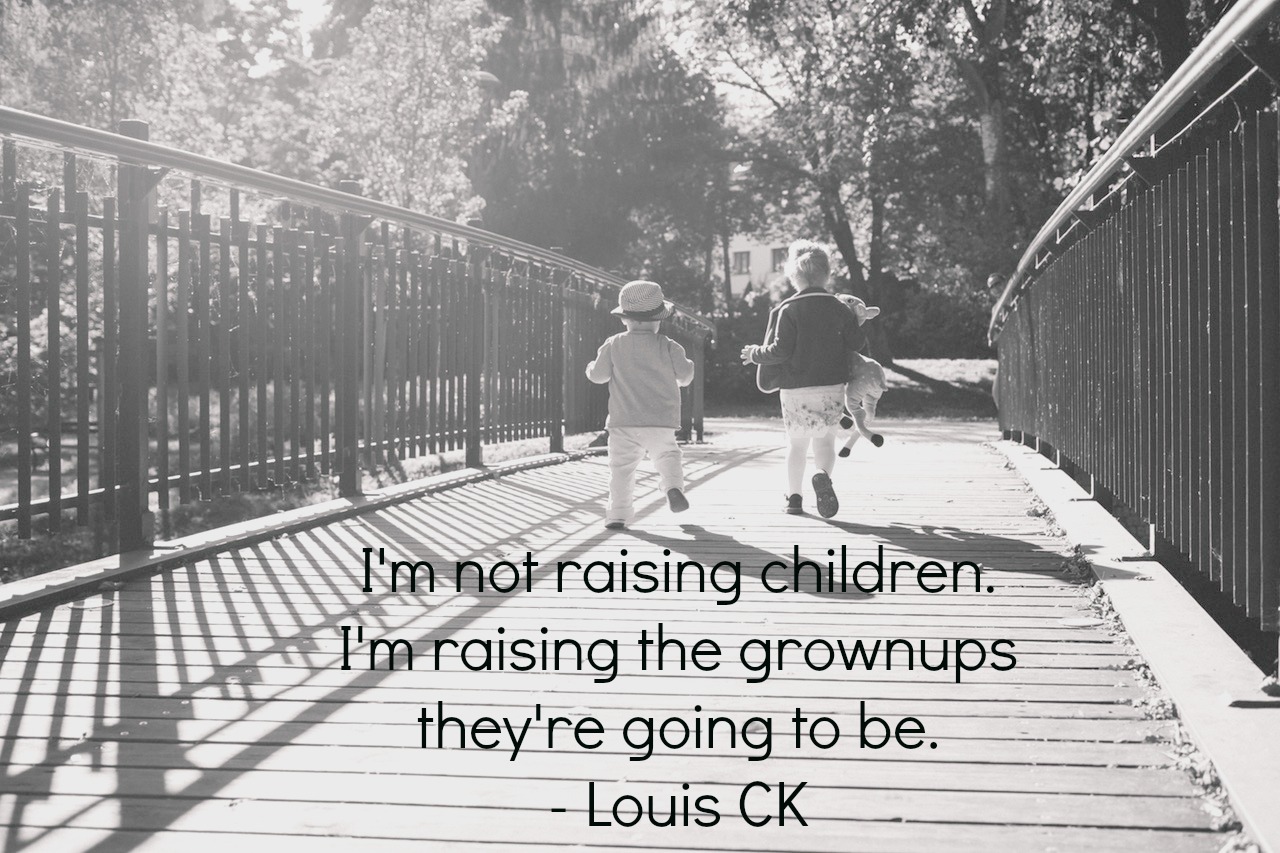 When Little Man was born, everyone said he looked exactly like Hubster. Like how he looked as a baby. How he's got his features. And toes. And this and that. Even I saw the resemblance. Now, considering he was our child, he was meant to look like us, but it irritated me no end that he looked nothing like me! FFS, I grew him inside of me, I birthed him after he became a respectable size, I went through the pregnancy and morning sickness and staying off alcohol and I was going through the post-pregnancy healing – so why didn't he look anything like ME?!

(Then the tables turned, and he looked far, far cuter a few months hence, and voila! everyone said he was beginning to look a lot like me now. And then, as often happens with babies, he kept 'changing' his features, but henceforth there was always a lot of me in there. I was happy.)

But as he grew older and started developing his personality, oh boy, it's then that I started noticing how much he is like me! Not just in looks but in traits too. Some things, I love. Others, well, let's just say those are aspects of myself I'd rather change… So, as part of the Write Club challenge, here's my post on 5 ways my son takes after me (that I wish he didn't!).

Now, don't get me wrong, I'm not an emotional wreck who breaks down at the drop of a hat. Neither am I the type who cries during films (ok, sometimes, but only if it really touches a chord). But I'm sensitive. I feel hurt/ guilt for far too many things far too often. I don't want to overthink and feel like this, but well, I guess it's just me. The wretched momguilt has added to those feelings.

And I've noticed, since quite earlier on, that Little Man is a sensitive soul too. His Emotional Quotient has always been quite high, yes, even when he was a baby. Others have told me this too, so I know it's not just a figment of my imagination.

I noticed it through all his nursery, pre-school and school settling in periods. I know this is a disturbing time for most children, but I began to see a pattern here. It's not that he didn't want to go – he just missed me so much when he was away (I know, bring out the hankies).

I notice it when we are upset at him when he does something wrong/ naughty; when we have our little 'Mummy and son' conversations before bedtime about school and life and friends; when he tells me about things he did or noticed at school. When the tears just appear, and he's trying his best to hide them…

It's a lovely quality to have, but sometimes, just sometimes, I wish he would be a little tougher in this respect – just like I wish I could be!

I've always preferred to be safe, than sorry. Preferred to walk the already trodden path, than the less travelled one. Take a chance only if it's absolutely necessary, otherwise why risk it? And I pretty much hate that quality about me. Sometimes I've jumped the gun and it's felt bloody awesome, but for the most part, I'm a safe player.

Which is fine in certain aspects of adulthood and life, but when I see that quality in Little Man at the park for instance, I cringe. He's becoming a lot bolder now (probably because he's older and because of more exposure through school), but when he was smaller he would not do so many things other little children would do, for fear that he will fall or that slide is too big or whatever other excuse. And sometimes, I admit, I felt safer he didn't; what if he broke his hand? (Which he ironically did anyways, jumping from the sofa!!! If you are interested in reading about how to care for a child with a broken arm, read this).

But now I'm learning to loosen up a bit and let him explore and take that risk (as long as it is within safe limits), because I don't want to put my fears of not trying onto him.

Again, like me, he's definitely not a leader, but is happy to follow others (namely his best friend/ teacher). Sometimes he tells me he is being 'bossed over' by XYZ, (not bullied or troubled, just that he HAS to play whatever his friend wants). To which I take a strong stand (yes, I can be a leader when push comes to shove) and tell him that he is his own boss and should never do anything that he doesn't want to do (except eat his vegetables and do his homework!!!). And it's worked; he's now more confident and often stands up for himself. But deep down, I know he is more a follower than a leader and this is something I will work towards changing. For him, even though I couldn't for myself for 35 plus years!

Yes, all kids have their tantrums but my Little Man has inherited a temper from me that scares even me sometimes! The glaring eyes, the stomping, the banging doors – it's all me!

Yup, he's definitely inherited that from me too! He's happiest plonked in front of the TV, still in his PJs, just 'chilling'!!!

Below are posts on the same subject from other bloggers who took part in this Write Club challenge. Give them a read too!

Me, Them and the Others

characteristics how your child is like you motherhood parenting personality traits

Lockdown Learnings: What I learnt in 2020