How butter un-stuck a stuck-in head…

So the other evening my cartoon (Little Man, as you might know him), was in high spirits. After running around the house claiming he’s doing “exercise” he proceeded to walk around the living room with the base of his potty on his head. Peeking at us through the hollow (the potty was in the loo, after having served its purpose), Little Man found it extremely funny. As did I, instantly snapping out my phone and going shutterbug crazy. Even encouraging him.

Fast forward five minutes. The humour had died down (on my part at least; Little Man continued his new-found game) and I took to a magazine for a little ‘me-time’. Till I felt a little hand tugging at me and a voice saying “Mummy I’m stuck”. Looking up from the magazine, I saw a body that I recognised as my toddler’s and a white potty where his head should’ve been. Oh wait, there, I found his head; the potty just sat atop it like a crown. And then it hit me… the words…”Mummy I’m stuck”.

I tugged at the potty, assuming it would slip right off. It didn’t budge. I mustered up some strength, pulled harder. No movement. Just a yell from Little Man as I realised it was REALLY STUCK and he was now crying. Not funny anymore.

I called my husband and we both realised the severity of the situation. We pulled, tugged, tried to turn and twist (the potty not ourselves) but the darn thing didn’t budge. It just sat there, perched halfway through my son’s forehead. He, by now, was in full blown tears, every tug resulting in a louder yell. Panic mode for all of us.

Suddenly, I remembered butter! (No, not on toast or popcorn). I had read in umpteen internet chats/sites that its damn good for getting stuck heads out of stuff. And it worked, in less than ten seconds! Barely had I slid some butter under the rim of the potty-on-the-forehead than out it slipped. Much to everyone’s relief.

The after-effects? Quite a few.
Little Man’s hair smelt of butter.
Little Man was understandably afraid, and a long session of cuddles and kisses ensued.
Little Man blamed the innocent potty for his trauma; however, since I’m in the midst of not-so-successful potty training, I didn’t want him to have any (more) negative feelings towards the potty. Or be scared of it. So I told him it wasn’t the potty’s fault but his own, and in fact, the potty also got pretty badly hurt. To which he went and hugged the potty and said “sorry potty!” Ah, bless!
BUT
On a more serious note, both Little Man and I learnt valuable lessons. I told him never to put anything on his head again (and he remembers that advice well).
And I learnt that butter indeed is a miracle for these toddler-only kind of situations. IT REALLY DOES WORK.

And since we’re on the topic, I’d like to add that oil (baby oil/cooking oil) and Vaseline also have the same effect. Worth remembering, mums. 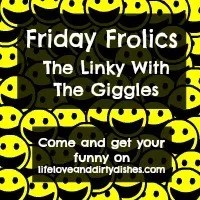