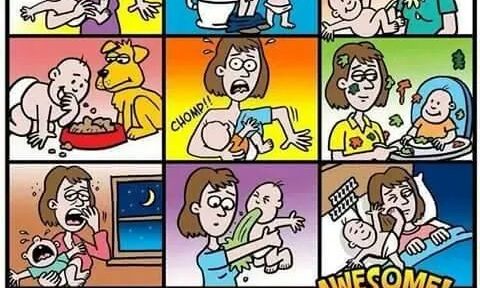 I’m missing Little Man. A lot. So I pick up my phone and see some of his photos. And videos. I laugh aloud at the one where he’s parading around the house with his Ninja Turtle towel on his head, like a cape. I go on to hear a couple of recordings – him flipping through daddy’s  Top Gear magazine exclaiming ‘Wow! Wow! Wow!’ at every car (such a boy thing, but we’ll get to that in another post); singing the title song of Postman Pat (his current favourite cartoon) and making the sound of a fire engine. Nino Nino Nino.

I suddenly realise there are tears in my eyes. I am actually crying. But I don’t want to stop… I scroll down to one of his earliest recordings – the first time he said ‘Mamma’. It brings a smile to my face, amidst the tears. I kiss the phone.

I’ve been waiting for this day since a while now. Little Man’s first day at nursery. I confess here – enrolling him at nursery is as much for me than it is for him. Or maybe 60/40. Perhaps even 70/30. Don’t get me wrong, I LOVE MY SON more than I could ever express, but as most new mothers will agree, we need some down-time. Me-time. Alone-time. Adult-time. A day of listening to real music instead of ‘Wheels on the Bus’ (I must’ve heard/ made up every possible variation of that nursery rhyme!). A day of normalcy to feel just a bit sane again.

And finally, here I was. Free. For the next eight hours. No nappies to change, no tantrums to appease. Just me and my time, my preferences. Yet, instead of putting on my dancing shoes (ok, a bit much for 9 am!) or cosying up under the blanket for something else I craved – uninterrupted sleep – here I was missing my baby and seeing his pictures and videos! I realised yet again how intrinsic a part of my life my son has become, and how, whatever I do or wherever I go, he will always be my first priority. That’s Motherhood. And it’s beautiful…

mother motherhood wheels on the bus